Making a stand against domestic abuse

Did you know that 1.4 million women and 700,000 men suffer some form of domestic abuse in England and Wales each year?

It’s due to shocking figures like these that we’re proud to say we’ve signed up to the ‘Make a Stand’ campaign. Created by the Chartered Institute of Housing (CIH), in partnership with the Domestic Abuse Housing Alliance (DAHA) and Women's Aid, the campaign aims to make a stand against domestic abuse.

Our involvement in the campaign will see us commit to four different pledges.

Commitment one: Put in place and embed a policy to support residents who are affected by domestic abuse.

Commitment two: Make information about national and local domestic abuse support services available on our website and in other appropriate places so that they are easily accessible for customers and colleagues.

Commitment three: Put in place a policy, or amend an existing policy, to support colleagues who may be experiencing domestic abuse.

Commitment four: Appoint a champion at a senior level to own the activity we’re doing to support people experiencing domestic abuse.

Darren Brazil, Regional Director of Housing, Care and Support for Dorset, Somerset, Devon & Cornwall has been appointed as our champion for this campaign and will be working to fulfil all four pledges by September 2019.

Darren said: “The often hidden harms of domestic abuse must be addressed by our society. We will proudly play our part in offering much needed support to those affected”.

Domestic abuse is not something that we have previously ignored. Karen Ransted, Group ASB Manager said: “Our ASB teams cover a lot of these responsibilities already, offering our customers support and extra services when needed. Signing up to the ‘Make A Stand’ Pledge shows that Aster will do all it can to prevent and support victims of Domestic Abuse.”

We’ll keep you updated on the work that we’re doing to ‘Make a Stand’. 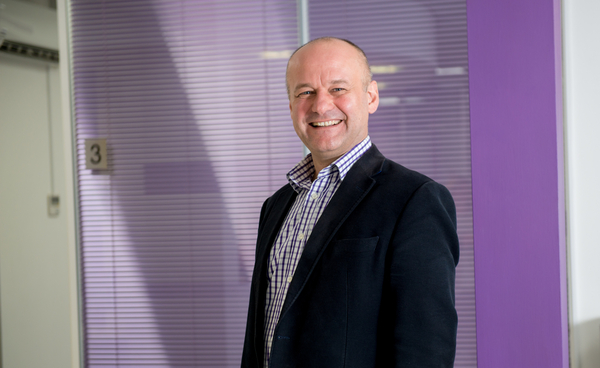